Square Two is a journey of discovery into a wonderful world of codes and patterns. From the trees that grow in our street, the house in which we live in, to the path of life we follow, patterns and codes are the fundament of everything.

Tall Tales Company and visual artist Don Satijn researched for two years how the underlying codes of each other's work relate to the rest of the world.
The result is a route through a striking building, a part of a city or through nature, in which static art comes alive in hypnotic living juggling sculptures. Juggling patterns are captured in abstract paintings.

Square Two is a visual performance that offers a completely new perspective on juggling, visual art and your own environment.

Tall Tales Company creates visual circus performances in which object manipulation and acrobatics are used to tell stories. With a fascination for human nature, the company presents accessible performances with multiple layers: magical, with risk and a touch of humor.

Tall Tales was founded in 2012 by Harm van der Laan and Maartje Bonarius. Their collaboration already originated at the circus school Codarts Rotterdam where they specialized themselves in aerial works (Maartje) object manipulation (Harm) and partner acrobatics (together).
After a brief additional study in Toulouse, the duo decided to return to Rotterdam, their hometown. From this base they want the Netherlands to get acquainted with circus as an art form.
Under the leadership of theatre maker / dramatist Luc van Esch, they created Weg (2013), an acrobatic and poetic theatre performance about a couple trapped in a relationship. After this experience, they acquired a taste for creating performances and, together with Luc van Esch, they created Solo (2013), a piece about the (im)possibilities of romantic love and Langs (2017) a theatre performance about loneliness with juggling, (air) acrobatics, magic, dance and theatre.
In between, Harm and Maartje created together the performance Turbulence (2015) a family piece about a pilot and a stewardess who are going to fly without an airplane.

In One of these Days (2018), the makers duo opted for a more choreographic approach.
Together with Thomas Falk, they created a performance in which, for the first time, they also enter the stage with four performers.
In 2019, Bonarius and Van der Laan were the second circus theatre makers ever in Dutch history selected for the ‘new makers arrangement’ of the Dutch Fund for the Performing Arts.
Square Two (2020) is the first show to be created and played entirely by Tall Tales Company. A site specific performance in which juggling patterns and visual art merge.

Other perfomances of Tall Tales Company 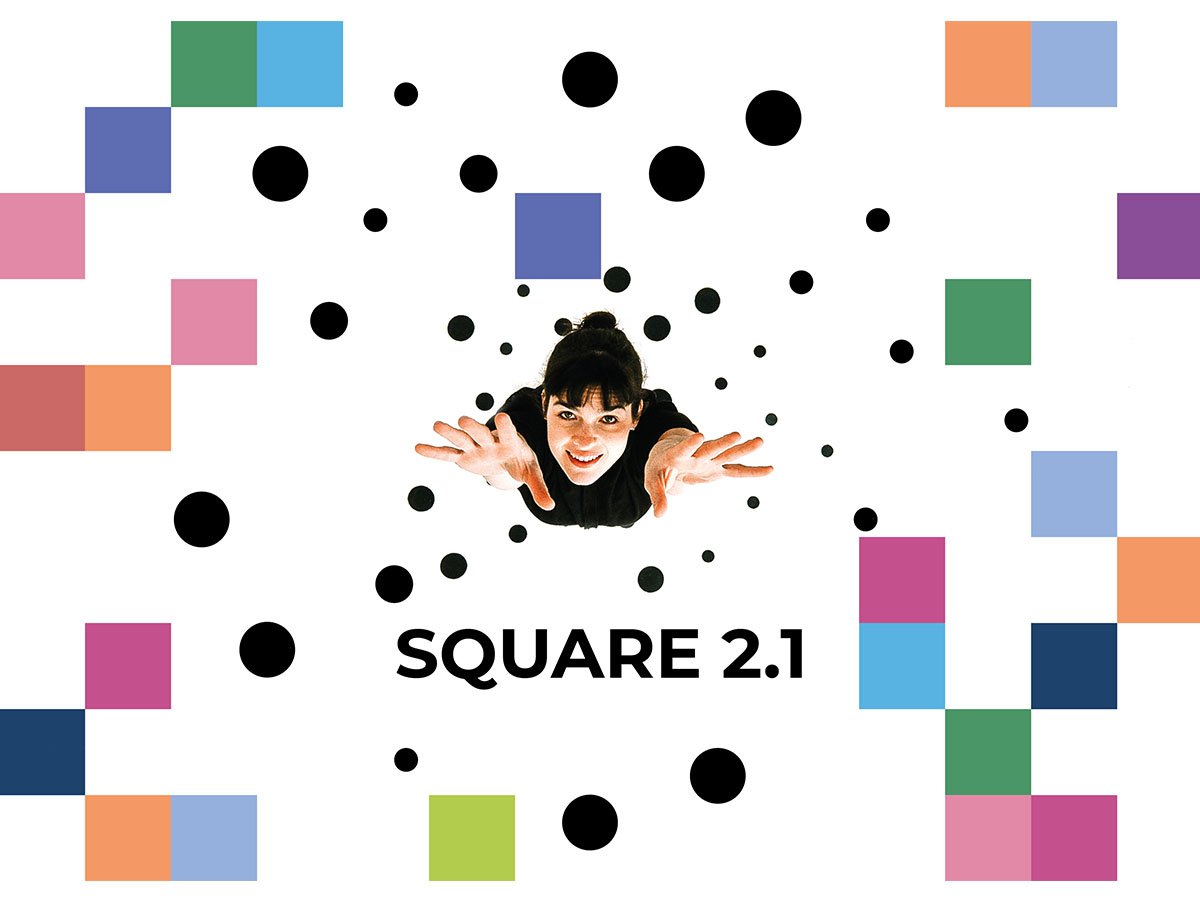