Trois Éléphants passent… is a gigantic parade in three acts inspired by the imaginary world of ‘Transhumance, l’heure du troupeau’.

Seemingly straight from Gargantua’s son’s toy box, three mechanical iron elephants and a squadron of metal Phoenixes make their way through the city, accompanied by the sound of bagpipes, drums and bombards played by a small army of tin soldiers.

Men and women clad in costumes representing the 5 continents take part in this unusual migration. Human-beacons, carrying incandescent red torches lead the way to the ﬁnal stop: there, a legendary concert will be played as a last farewell.

A show involving the participation of 35 volunteers and an ensemble of classical musicians.

For thirty years, cie Oposito has crossed the roads from Noisy-le-Sec to Addis Ababa. Expressing its art in the streets, boulevards, squares, on the water and the sea. Imagining modern rituals and scenarios that can slip into the life of the city and highlight its hidden, forgotten and unknown parts. Looking for the movement that suits the crowd best, Oposito draws and creates images that are not afraid of spaces, noises or storms.

Oposito continues to explore theatrical expressions in itinerant shows. A story that appears, slips and disappears in the heart of the city, in which the viewer's perception is a physical sensation coupled with a poetic emotion. The parade is one of the signs most suited to the language of crowds and large spaces. Its movement is built in the form of successive appearances, a rhythm that takes the public by surprise to embark it as an unconditional passenger of our dreams.

Other perfomances of Compagnie Oposito 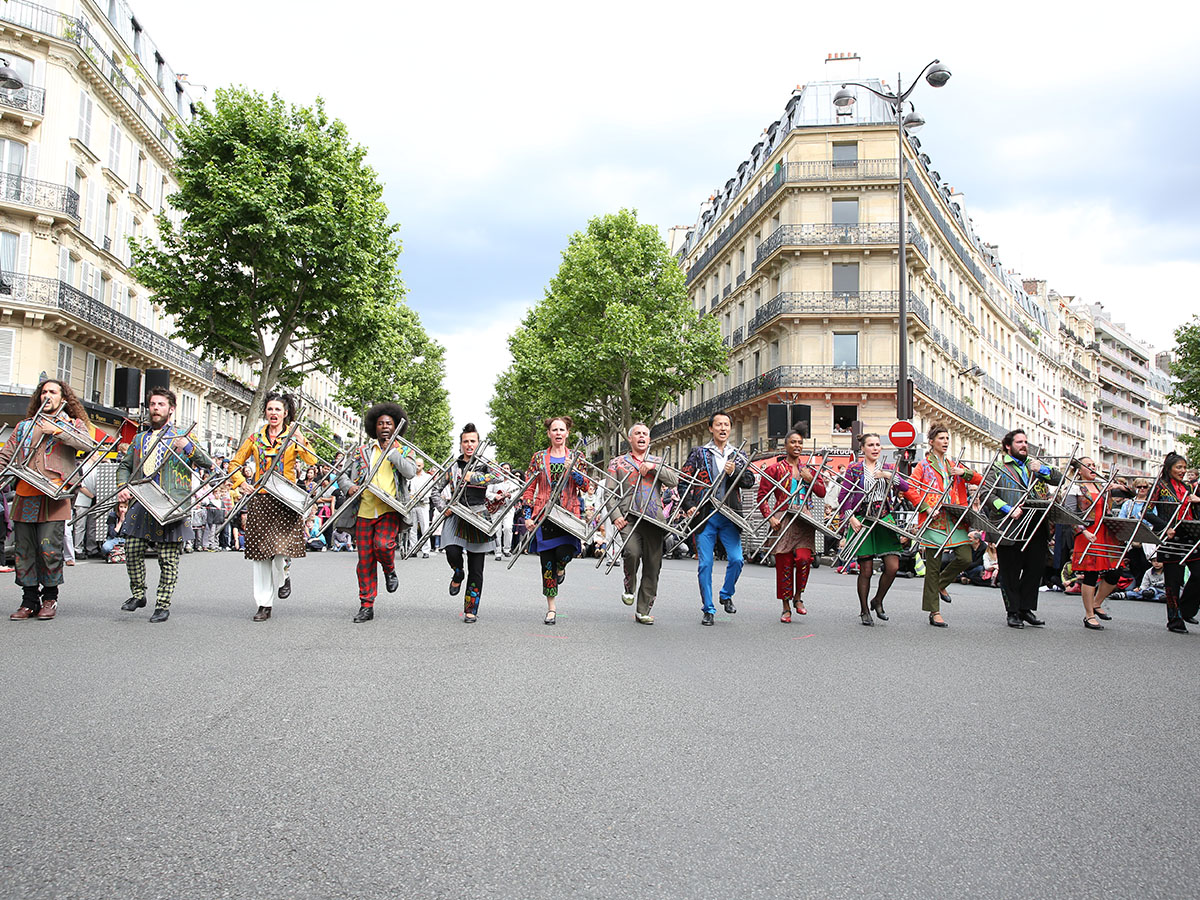